The meteorologists had predicted storms since the weekend.  Earlier in the day, the weather alerts started:  “A severe thunderstorm warning is in effect until…”  For once, when the storm clouds began rolling in, I wasn’t in a  teleconference, working to meet a proposal deadline, or completing some other time-sensitive project.  I pulled out the camera, and took a break from work to capture some of the spectacular clouds. 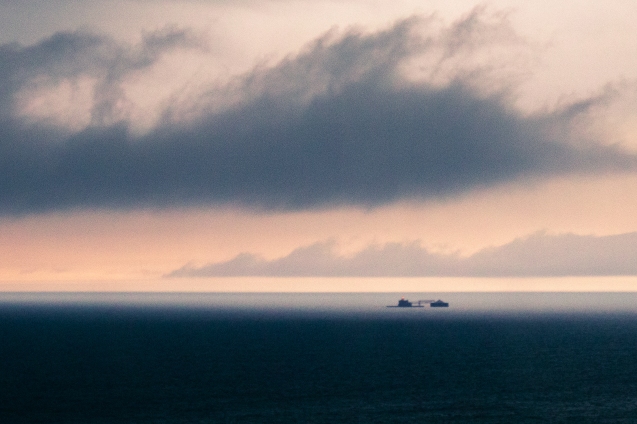 Looking south, you can see the clouds as they began to roll in — the cottony formation sweeping towards the southern lakefront buildings. Up close, the swelling curves of the rolling clouds float above the dark green of Lake Michigan.

You never know what the storms will bring.  In this case, very little lightning, but lots of rolling, thunderous looking clouds (without the thunder) and rain pelting the far off shores.  That was OK with me, because there were some fabulous and shapely clouds to consider!  I hope you enjoy these 5* images.