I am not even sure how you take 100+ images of a single mushroom (or three, in this case).  It started when a friend told me about a mushroom that was in one of the neighborhood trees.  She didn’t give me much of a hint of what to look for (except to say it was a mushroom), but gave me the nearby address.  I walked right past it, and did a classic double take when I realized that I was looking at a mushroom, and not a birdbath attached to a tree! 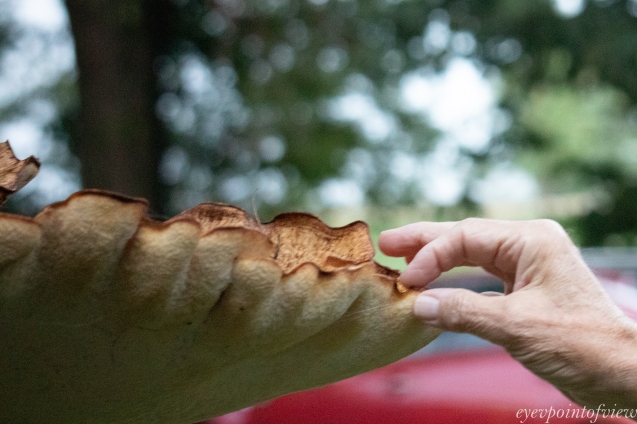