Kudos to the Chicago Streets and Beyond photography meet up group – they organize and offer a wide range of photography outings, and I for one, am glad that I get a chance to join them from time to time.  This was my very first meetup group, and the view from atop this newly renovated office-turned-hotel was spectacular.

From one end of the triangular shaped building, you could see all the way to the lake, and get an eyeful of the city’s northern lake shore skyline.  From another end, you can see the vast expanse of city living along North Ave, but without the grandeur of the skyline.  Along one side you could see the dome of historic St. Mary’s Church of the Angels church, built in 1920. Here are my 5* images from the outing. 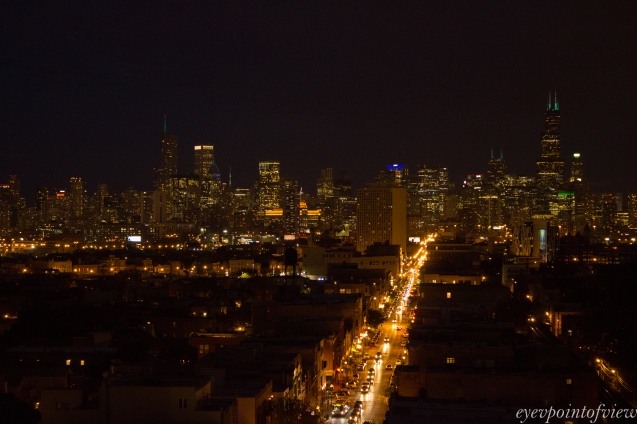 Chicago is such a beautiful city!  It is not often that you get a chance to see it from the roof of a tall building on a beautiful fall evening.  I tried to make the most of it with these 5* images.  Enjoy!