As I looked out the window, I could see the small ripples – I could tell they weren’t from a boat – the ripples (and the object) were too small.  Whatever it was, it cut across the water, but didn’t create the whitecaps that would have resulted from wind.  It finally dawned on me that the “objects” making waves in the normally still Lake Michigan were human bodies!  There is a contingent of Sunday morning open lake swimmers that gather on the eastern most tip of Promontory Point for a weekly swim.  Presumably, some are preparing for an upcoming triathlon, an open lake race (such as the Big Shoulders Race held this past weekend) and others are there simply for their preferred exercise.

This early morning, I joined the crowd of twenty or so (and that  was the 2nd wave!) as they swam out and back, cheered on the racers, and welcomed each other as they returned to the limestone blocks lining “the Point” as it is affectionately called.

I found that it is definitely challenging to photograph swimmers – they don’t pull their heads out of the water and strike a pose for you!  But seeing the swimmers cut through the water still made for interesting viewing, and there was clear comradery among the swimmers.  Hope you enjoy these (nearly) 5* images! 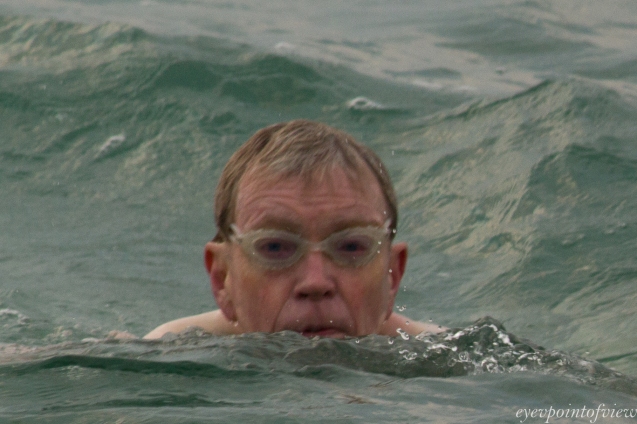 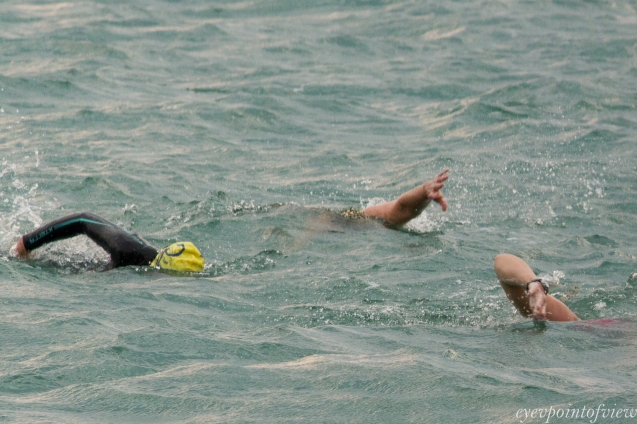 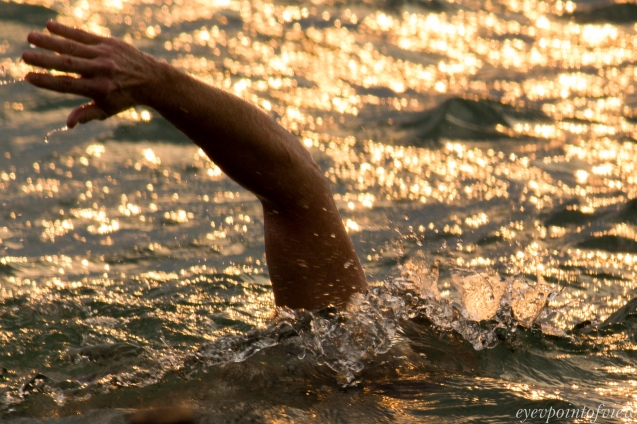 I thought this was a unique opportunity, and I had fun watching the swimmers.  One week later, the Big Shoulders Swim, an open lake race attracting 1200 swimmers.  That must have been an awesome event to photograph!  With more practice like this on the small scale, I’ll be ready for it next year!

See more outtakes from the outing by following me on Instagram @eyevpointofview.

One thought on “Sunrise Swim at Promontory Point — 5* Pix”