One of my friends loves to sit by the lakefront where she can hear the water lapping up against the shore.  She says the rhythmic sounds are relaxing and peaceful for her.  Today’s images show the water not lapping up against the shore, but crashing against rocks and sandy beach with a decided and boisterous “whoosh!”  The white tipped waves had captured my wandering attention for most of the afternoon, and since I clearly wasn’t being productive, I opted to call for a spontaneous photo outing.  Hope you enjoy these 5* images of booming waves! 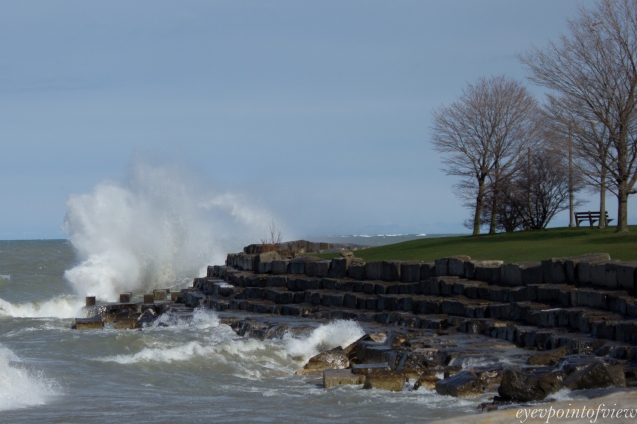 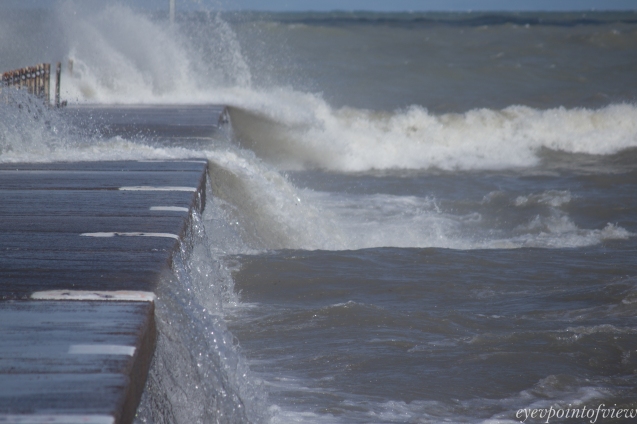 That’s the thing about spring.  Any day can be wildly different from the day before.  As I write this, we are in the midst of spring rainstorms hitting the Midwest, taking out power for some, and leaving flooding conditions for others.    The lake is just as choppy, but since its overcast, not as pretty.  Enjoy these 5* images – if you try, you can hear the whoosh too!