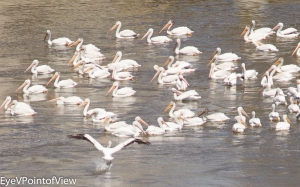 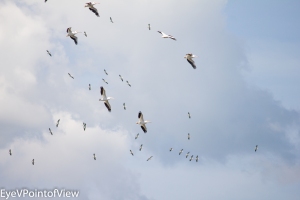 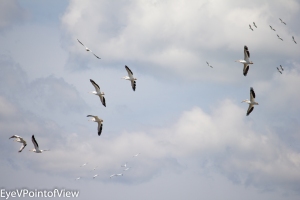 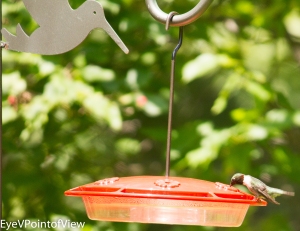 A wonderful bird is the Pelican.
His beak can hold more than his belly can.
He can hold in his beak
Enough food for a week!
But I’ll be darned if I know how the hellican?

I couldn’t resist it. I told a god friend that I had spotted some pelicans while at Starved Rock, and he recited from memory the first few lines of this limerick. So yes, I had to look up limerick, and include it in this posting.

There are really several Starved Rock stories, and this series would not be complete without the story of the birds. It turns out that the Illinois River was a stopping point on the migration path for pelicans. They liked it so much that it became a permanent point for them. Looking out from the top of the Starved Rock, a host of pelicans sat together in the river. From time to time some would leave the flock and fly around. Having not really seen too many pelicans in the wild, so to speak, it was fabulous!

Of course, I was on the lookout for eagles, until I was reminded that they are a winter bird!

But an unexpected bonus was the hummingbirds – the park has a butterfly and hummingbird garden near the visitor’s center. Hummingbirds are the smallest of birds, but they move very fast. Their wings flap at speeds that enable them to seemingly hover in mid-air – from 50 to 200 times per second.

Well, enough of the nature lessons, here are my 5* pix of the birds at Starved Rock:

As you can tell, I loved watching the birds. I hope you enjoy these 5* selections!