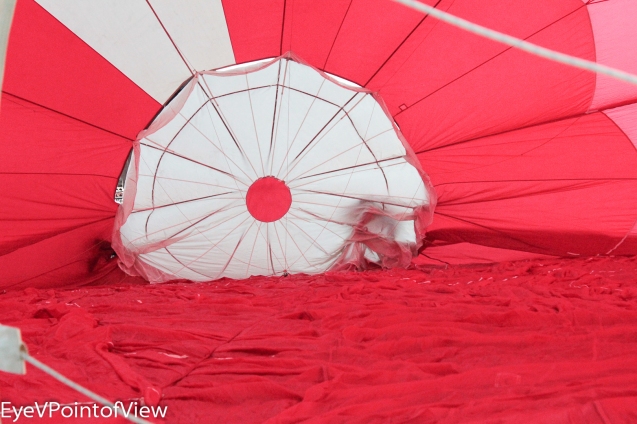 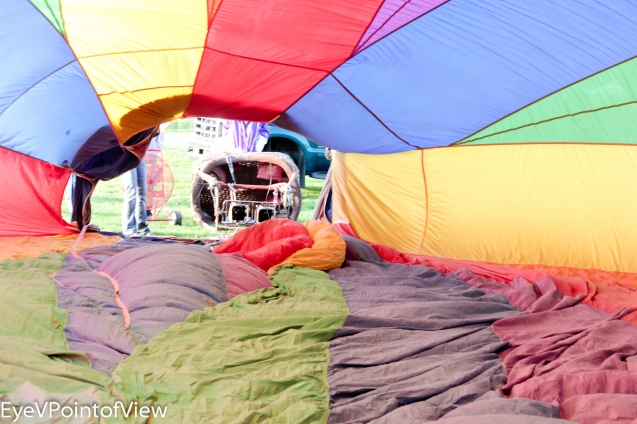 The Albuquerque International Balloon Fiesta is lauded as one of the most photographed events in the world.  So, when the opportunity presented itself for me to participate in that little slice of Photographer’s Heaven in 2012, I was all for it!  This event is heralded as the largest festival of its type, and has on average 750 hot air balloons.  Being on the field presents a lot of photo ops – balloons in the sky above the crowds, entranced faces of adults and children alike, specialty balloons, the contrasting size of  people in comparison to the balloons….  I could go on and on.  In this post, I am going to focus on images featuring the inside of the balloon, and save some of the other images for another post.

The field from where the balloons are launched is laid out like a grid – each balloonist has a specific launching point.  The field is vast filled with hundreds of balloon crews, and even from afar it makes great images.  What I didn’t know is that they let you get close!  The balloon crews enjoy the opportunity to speak with the spectators, so once I found that out, I was THERE!  These shots were taken right next to where they launched the balloons, and the crews helped make them happen.

So many possible shots, so little time!  After finding out I could get close, my goal was to get shot through the eye of the balloon, where the flames shoot out, creating the hot air needed to raise the balloons.  Here are my 5* shots from the 2012 Albuquerque International Balloon Fiesta — all featuring the inside of the balloon:

In keeping with the photo challenge, all these photos show the inside of the hot air balloons.  Hope you enjoy this unique perspective – my 5* selections!